Bassenthwaite Lake: The Osprey pair included a new male reared at the site in 2007 and three eggs were laid during the month. At least three additional birds were also seen.

Inner Solway: The Ross’s Goose continued to associate with the Barnacle Geese (to 9th) while the latter included 10000 on Rockcliffe Marsh. Other wildfowl included a drake Garganey at North Plain (to 9th) and 39 Common Scoter off Bowness-on-Solway. At least one Little Egret remained in the area. An Osprey was seen near Glasson (28th). Pick of the waders were two Avocets at Rockcliffe (13th), up to three Ruff and a Spotted Redshank at North Plain, two Greenshank at Carr Beds and one at Old Sandsfield (22nd) and Black-tailed Godwits (max. 38 at North Plain). In predominantly east or northeast winds, skua passage proved abysmal with several sightings of what may have been the same Great Skua (from 8th) followed by meagre totals of just one Pomarine, four Arctic and one Great by the month end. Other seawatching highlights at this site included Red-throated Divers (max. 33), two adult Little Gulls (17th), Kittiwakes (max. 170). The long-staying juvenile Glaucous Gull was seen again at Carr Beds (5th).

Kent Estuary: Wildfowl included 17 Whooper Swans. At least nine Little Egrets remained. There were regular sightings of an Osprey (from 14th) and both male and female Marsh Harriers were seen occasionally. Waders included an exceptional 1100 Black-tailed Godwits at Arnside. 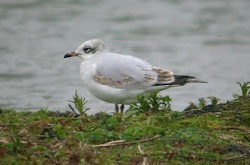 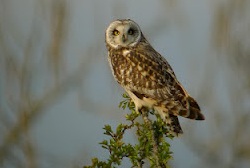 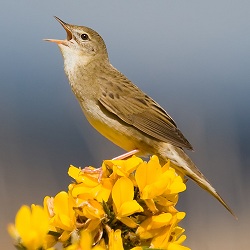