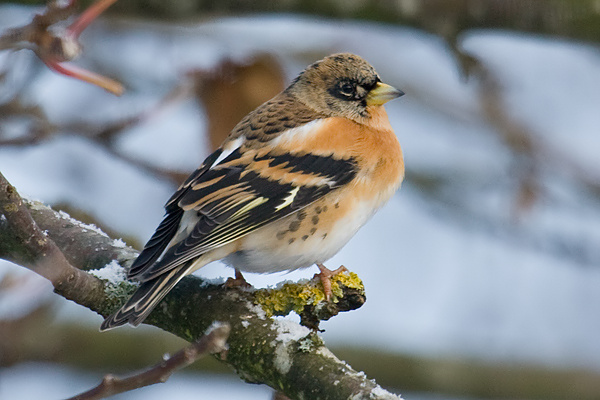 Highlights: A Shorelark found at Sandscale Haws (6th) was the first in the county since one at Walney in 2004. A Great White Egret was found at Beckermet (28th). Last month’s drake Green-winged Teal moved a short distance to a flooded field just west of Millom (11th). A Lesser Whitethroat, considered to be of one of the Central Asian races, was a surprise find alongside the River Kent in Kendal (1st).

Hodbarrow: Pick of the wildfowl were a Long-tailed Duck on the adjacent estuary (31st), a drake Ruddy Duck, nine Shoveler and 17 Gadwall while waders included six Black-tailed Godwits. A Water Rail visited a nearby garden while passerines included 20 Bramblings and five Tree Sparrows. At least one Little Egret remained on nearby Millom Marsh. 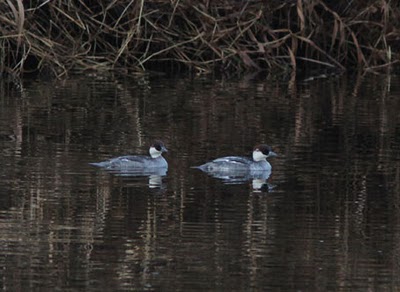 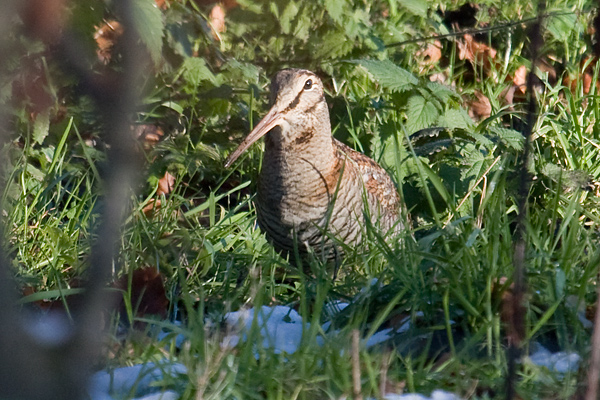 Inner Solway: A Little Egret was at Saltcotes (13th). Whooper Swans included 120 at Beaumont while 6000 Barnacle Geese were at Grune Point. The River Eden between Grinsdale and New Sandsfield hosted up to three redhead Smew (5th-12th), 221 Goldeneye and 64 Goosanders. At least three Hen Harriers hunted the area along with Merlin and Peregrine. Pick of the waders were a Ruff at Skinburness Marsh (12th) and a hard weather influx of Woodcock that included 17 in Bowness CWT Reserve and 10 in a Campfield garden. A Short-eared Owl was seen at Cardurnock. An impressive 125 Tree Sparrows frequented a Kirkbride garden while Twite included 250 on Border Marsh and 200 at Grune Point where a massive 3000 Skylarks were also seen.

Walney Bird Observatory: There was little activity over the sea with up to 16 Shags the highlight. Around six Little Egrets remained from the autumn influx and several Water Rails were present. Wildfowl included totals of eight Whooper Swans and 2955 Pink-footed Geese moving through while flocks of 35 Barnacle Geese, 56 dark-bellied Brent Geese and 125 pale-bellied Brent Geese were resident. The Long-tailed Duck lingered (to 17th), a Scaup appeared (24th) and 11 Shoveler and two Gadwall were seen. A large influx of Woodcock was evident, perhaps in excess of 30 birds (max. 17 on 11th) while other waders included 14 Purple Sandpipers and 10 Greenshank. Raptors were well represented with seven Short-eared Owls, four Hen Harriers, four Merlins and Peregrine and Common Buzzard all in residence. Although over 100 Bramblings were logged (max. 50 on 8th) there was little evidence of cold weather movement with just small numbers of Redwings and Fieldfares seen. Passerine highlights involved single Treecreeper (11th) and Snow Bunting (31st) while a Water Pipit reappeared (29th). The Twite flock increased to 180 birds. 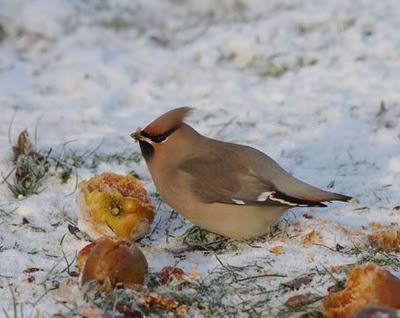 Waxwings: Numbers declined from the heights of November though birds were still widespread. Peak counts comprised 250 in Carlisle, 250 in Dalston, 200 at Cunswick Scar near Kendal, 80 in Grange-over-Sands, 70 at Brampton, 70 in Kendal, 40 in Penrith, 40 in Keswick, 25 in Portinscale, 22 at Westfield Point near Barrow-in-Furness, 21 over Sizergh Castle, 15 at Lindale, 15 near Brigsteer, 12 at Ullock, 11 in Allithwaite, five in Hallbankgate, four in Wetheral, four at Campfield, two at Longtown, two at Frizington, two at Seascale, two at Killington Lake Services, two at Rydal Water and singles at Grasmere, Kirkbride and Haverigg.

Other Sites: Little Egrets included two in the Lyth Valley, one on the Esk Estuary near Ravenglass and one on Holme Mills Pool, which also hosted 20 Gadwall, two Green Sandpipers and a Kingfisher. Two redhead Smew appeared on Tindale Tarn (16th). Jack Snipe were found by the River Kent in Kendal and the River Esk near Longtown. Three Short-eared Owls were seen near Tindale Tarn. A Firecrest was reported from Cockermouth cemetery (19th) while Bramblings were widespread and included 500 at Allithwaite, 400 at Brampton and 300 at Kents Bank.