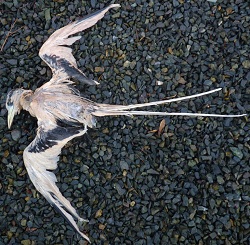 Highlights: The corpse of a White-tailed Tropicbird was picked up on the beach at Mawbray Banks (6th); a first for Britain if accepted. The drake Green-winged Teal lingered all month at Hodbarrow.

Hodbarrow: The Slavonian Grebe lingered (to 7th). Wildfowl included at least 12 Gadwall while pick of the waders was a Spotted Redshank and two Black-tailed Godwits. At nearby Silecroft, a Great Northern Diver was seen again (6th) and up to nine Scaup accompanied the Common Scoter flock.

Inner Solway: Whooper Swans included 254 at Angerton. Pink-footed Goose numbers increased with at least 8200 in the area though pick of the wildfowl was a redhead Smew at Old Sandsfield (13th). A Little Egret lingered. Raptors included Hen Harrier, Merlin and Peregrine. Waders included a Little Stint, a Common Sandpiper and a Ruff, all at Port Carlisle, plus another Ruff at Grune Point. Adult Mediterranean Gulls were seen at Kirkbride airfield, Bowness-on-Solway and Blackdyke while a spell of strong southwest winds produced Kittiwakes (max. 200). At least 200 Twite roamed the Cardurnock area.

Kent Estuary: At least 17 Little Egrets were present. Waders included six Jack Snipe at Kents Bank. A female Marsh Harrier hunted near Arnside on occasions and a male Hen Harrier was also to be seen. A Black Redstart at Grange-over-Sands (10th-20th) was presumably the bird seen there in late November. 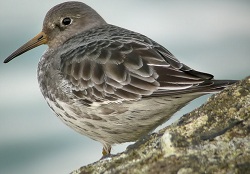 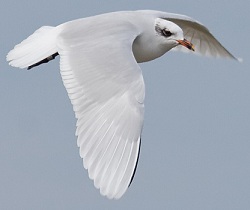 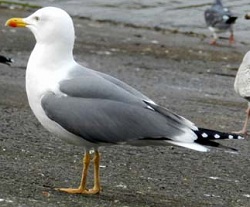 Outer Solway: At least two Bitterns remained at Siddick Pond and a Little Egret was seen at Mawbray. An unseasonable Arctic Skua was seen off Nethertown (15th) along with a Great Northern Diver (15th) while seawatching at Workington produced Red-throated Divers (max. 47), Kittiwakes (max. 80) and Guillemots (max. 200) along with at least 450 roosting Cormorants and 66 Purple Sandpipers. An adult Yellow-legged Gull appeared at Whitehaven (23rd-30th) and an adult Little Gull was at Parton (31st) while Mediterranean Gulls comprised two adults (including ‘Stumpy’) at Workington, an adult and a second-winter at Parton, a second-winter near Dearham and an adult at Mawbray. Three Short-eared Owls hunted the Mawbray area and another was seen at Sellafield. A small flock of Twite also lingered at Mawbray. 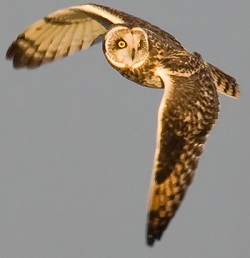 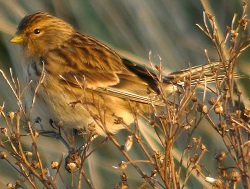 Walney Bird Observatory. Offshore sightings dominated what proved to be a quiet month, led by a total of 11 Little Gulls, an adult Great Northern Diver and up to nine Shags along with good numbers of Red-throated Divers (60 on 15th, 44 on 26th) and Common Scoters (max. 505 on 6th). Also seen were early Gannet (27th) and Fulmar (27th & 31st), 58 Razorbills (26th) and two Scaup (30th). A total of 320 Pink-footed Geese and 11 Whooper Swans moved through while a flock of up to 173 pale-bellied Brent Geese held the occasional dark-bellied bird. Single Goosander (26th) and Scaup (to 9th) and 11 Shoveler were amongst the usual wildfowl whilst eight Greenshank, four Purple Sandpipers and a Black-tailed Godwit were the pick of the waders. Around 22 Little Egrets continued to roam the saltmarshes and at least one Water Rail was present while Merlin, Peregrine and Barn Owl were all seen regularly. A flock of 320 Woodpigeons feeding amongst stubble (25th) was perhaps the result of cold weather movement although sightings otherwise were limited to a Woodcock (3rd), a Mistle Thrush (6th) and a handful of Fieldfares and Redwings. The Twite flock held up to 90 birds while high tides pushed 47 Rock Pipits from the saltmarsh.

Waxwings generally became scarcer and less widespread with flocks limited to 40 in Penrith, 32 near Morland, 14 in Kendal, 13 in Milnthorpe, 10 at Cliburn, three at Wigton, two at Bowness-on-Solway, two on Walney and one at North Plain Farm. 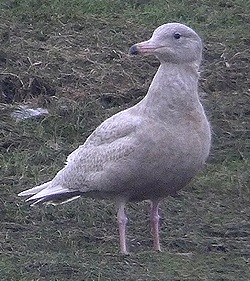 Other sites: A juvenile Glaucous Gull was attracted to a sheep carcass near Cockermouth (18th-19th). Whooper Swans included 86 at Longtown. A female Long-tailed Duck turned up near Dalston at Cardew Mires Lakes (5th) while a drake Smew that commuted between Talkin Tarn and Tindale Tarn (from 4th) was followed by a drake and a redhead on Derwent Water (26th). Two Black-tailed Godwits frequented the Esk Estuary near Ravenglass while nearby fields hosted eight Greenland White-fronted Geese and 20 Whooper Swans. Three Little Egrets frequented the Lyth Valley. The Hooded Crow remained near Burneside and 15 Snow Buntings were found on Raise, Helvellyn. Brambling included a flock of 40 at Thacka Beck N.R.