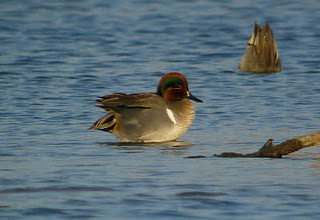 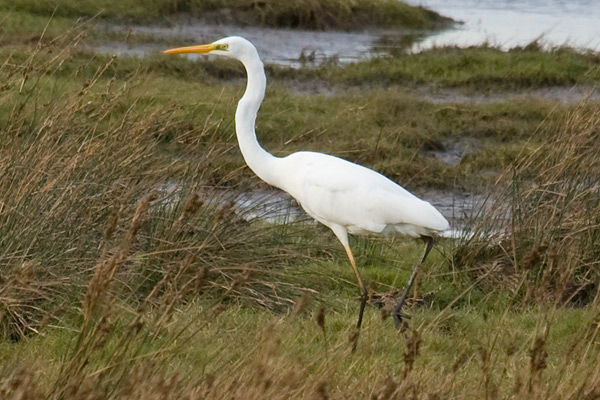 Furness: Cavendish Dock held four Little Egrets and a Greenshank while two Mediterranean Gulls, an adult and a first-winter, were at nearby Rampside. 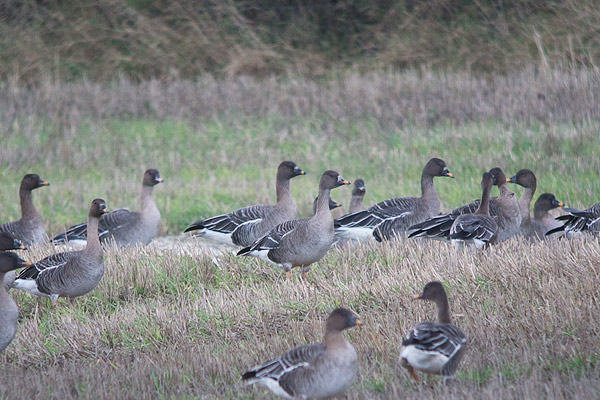 Inner Solway: Two Bewick’s Swans accompanied 305 Whooper Swans at Kirkbride airfield (30th), with flocks of the latter also including 232 at Beaumont and 60 at North Plain. An exceptional flock of up to 76 Tundra Bean Geese near Silloth was accompanied by up to 25 Eurasian White-fronted Geese (25th-27th), with five of the latter at nearby Calvo (25th) while a flock of 17, presumably Eurasian, flew east at Kirkandrews-on-Eden (15th) and one was shot on Rockcliffe Marsh. Another six Tundra Bean Geese were near Longcroft (25th). Barnacle Geese included at least 5000 on Rockcliffe Marsh. A redhead Smew off Bowness Railings (23rd) was the pick of the ducks. At least one Little Egret roamed the area. Waders included two Spotted Redshanks at Port Carlisle, a Ruff at Blackdyke near Silloth (25th-27th) and a Greenshank at Anthorn. A juvenile Sabine’s Gull was reported at Campfield Marsh (3rd). A late Wheatear was seen at Cardurnock (10th). Crossbills comprised 15 at Cliburn Moss and two over Campfield Marsh. 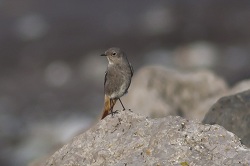 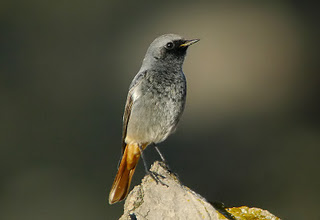 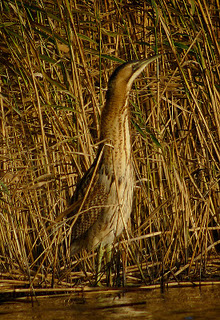 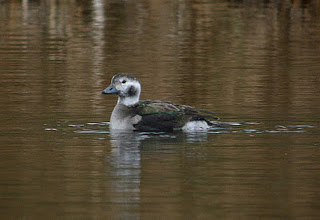 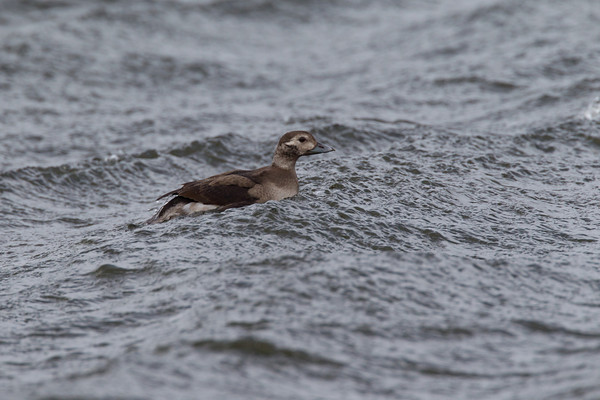 Other sites: Four Tundra Bean Geese at Burneside near Kendal (17th) were followed by six in the Lyth Valley (28th). Eurasian White-fronted Geese consisted of one at Wet Sleddale (11th), five near Crosby-on-Eden (29th-30th) and 10 over Leasgill near Milnthorpe (28th). Whinfell Tarn hosted a redhead Smew (14th-30th) and a female Mandarin while a Long-tailed Duck appeared at Longtown Ponds (30th) and four Common Scoters were inland on Tindale Tarn (15th). A Black-throated Diver appeared inland on Bassenthwaite Lake (18th-23rd) along with up to four Common Scoters (24th-25th). Flookburgh Marsh hosted 13 Little Egrets and two Short-eared Owls. An adult Mediterranean Gull was on the Esk Estuary at Newbiggin Marsh (13th) with a Greenshank nearby on the Mite Estuary (3rd). A Black Redstart visited Geltsdale (5th) and a late Wheatear was on Croglin Fell (12th). A Great Grey Shrike was found at Tarn (16th). Crossbills included 60 at Tarn Hows, 50 at Whinlatter and 24 at Setmurthy. Sizergh Castle hosted up to four Hawfinches and six Snow Buntings were on Crag Fell near Keswick (20th) with singles in the Coniston Fells at Wetherlam (1st), at Drigg Dunes (9th) and on Helvellyn (17th).