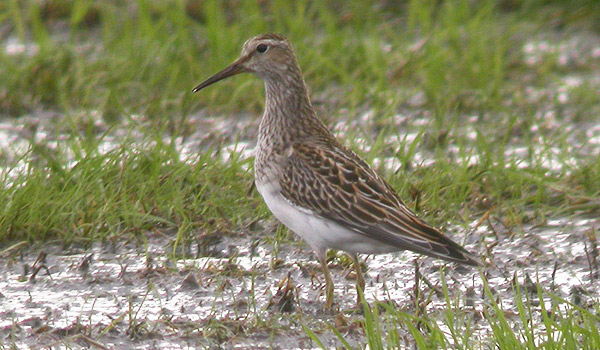 Highlights: An immature White-tailed Eagle, presumably from a reintroduction scheme, visited the Tindale area (13th). The juvenile Buff-breasted Sandpiper lingered on Arnside Marsh (to 1st) as did the two juvenile Pectoral Sandpipers (to 2nd), with one remaining (to 3rd) while new arrivals came in the form of a brief Long-billed Dowitcher at Port Carlisle (16th) and another juvenile Pectoral Sandpiper that lingered in the Lyth Valley (21st-27th). A Yellow-browed Warbler was found at Rottinton near St Bees (30th) while the long-staying Great White Egret remained at Kents Bank (to 16th). 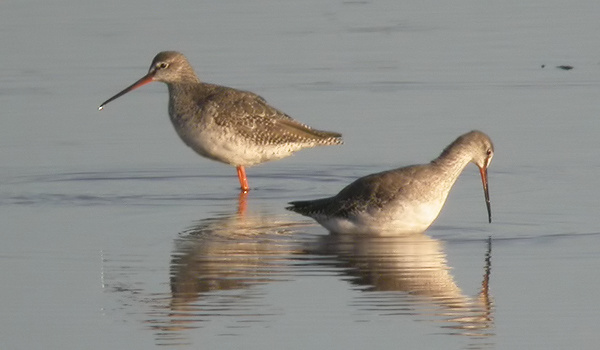 Inner Solway: Whooper Swans increased with flocks of 289 near Silloth, 200 at Angerton, 105 at Newton Arlosh and 60 at Wedholme Flow as did Barnacle Geese, including 9000 on Rockcliffe Marsh while other wildfowl included 80 Shoveler at Campfield Marsh. At least two Little Egrets roamed the area. A Marsh Harrier (5th) and a wing-tagged Red Kite (21st) visited Grune Point. Waders included Curlew Sandpipers (max. six at Port Carlisle), three Spotted Redshanks at Port Carlisle and two at Old Sandsfield, and a handful of Ruff and Greenshank. An adult Mediterranean Gull was at Bowness Railings. Twite included 40 at Anthorn while Crossbills comprised 15 at Finglandrigg Wood and eight at Middlesceugh. 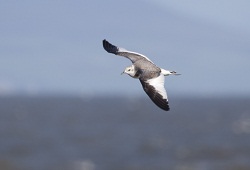 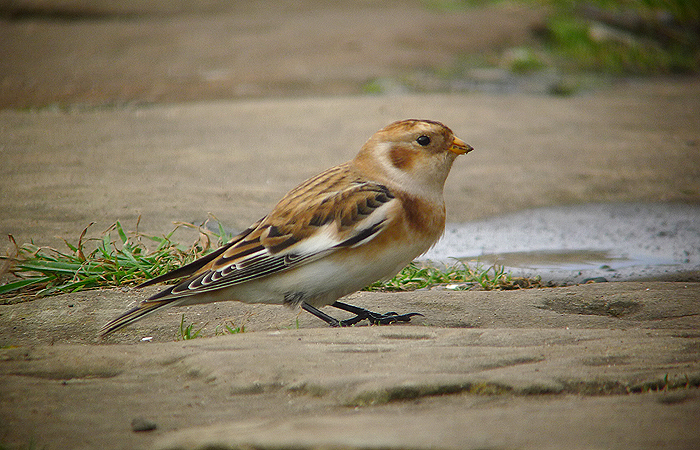 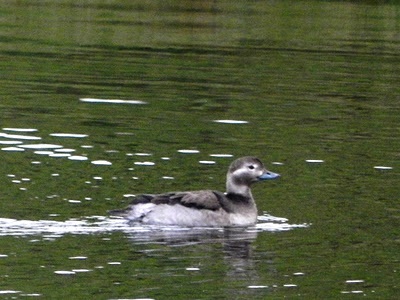 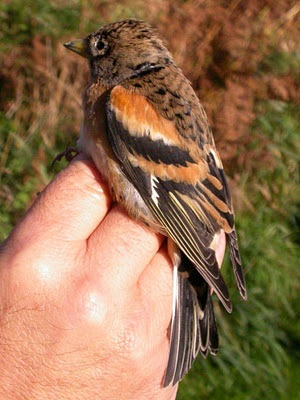 Walney Bird Observatory: Further autumn gales produced single Leach’s Petrels (9th & 10th) otherwise offshore sightings were limited to up to three Shags, three Arctic Skuas and small numbers of Red-throated Divers, Gannets, Common Scoters, Razorbills, Guillemots, Sandwich Terns (to 4th) and Arctic Terns (to 18th). Up to 38 Little Egrets frequented the eastern shore while at least three Water Rails were found. A total of 1600 Pink-footed Geese and 35 Whooper Swans headed south and up to 13 dark-bellied and 71 pale-bellied Brent Geese were logged. A Scaup was seen (12th) and up to two Long-tailed Ducks took up residence (from 12th). Waders included up to 30 Greenshank and single Black-tailed Godwit, Whimbrel (11th), Jack Snipe (20th) and Woodcock (30th). A Buzzard was unusual (15th), up to three Short-eared Owls hunted the island (from 25th) and both Merlin and Peregrine sightings were regular. A Black Redstart (27th) was the pick of the passerines while good numbers of Blackcaps were seen (max. 14 on 25th) and small numbers of Swallows and Chiffchaffs continued to move through all month. The first flock of 40 Twite appeared (12th) with Redwing and Fieldfare (14th) while late Whinchat (12th) and Wheatear (24th) were logged. However the month was highlighted by an exceptional finch passage with 980 Greenfinches, 770 Chaffinches, 140 Tree Sparrows, 62 Siskins, 50 Lesser Redpolls and 14 Bramblings recorded.

Other sites: A westward movement of Barnacle Geese was noted from several sites in the northeast of the county (7th-8th) and 101 lingered at Tindale Tarn (10th) while overshooting birds accounted for 116 on the Leven Estuary. The drake Mandarin remained on Thacka Pond while a female appeared on Whinfell Tarn (17th). Crossbills included 20 at Killington and 13 over Longtown where a count of 34 Gadwall was notable. Sizergh Castle hosted up to six Hawfinches.